Penny Warden was commissioned by the hospice to symbolise the work of the charity. The result is  The Dance. Reflecting a patient’s journey at the Bispham hospice, The Dance is a series of seven six foot paintings now on show in the chapel.

Penny Warden donated one of the paintings to Trinity: the first piece Lost and shows “a forlorn figure dragging himself/herself into the hospice”. This is followed by a series of three figures Mind, Body and Spirit representing Trinity “bringing the patient into The Dance with them”.

Above the chapel altar is The Dance. It shows the meeting of Mind, Body and Spirit coming together. 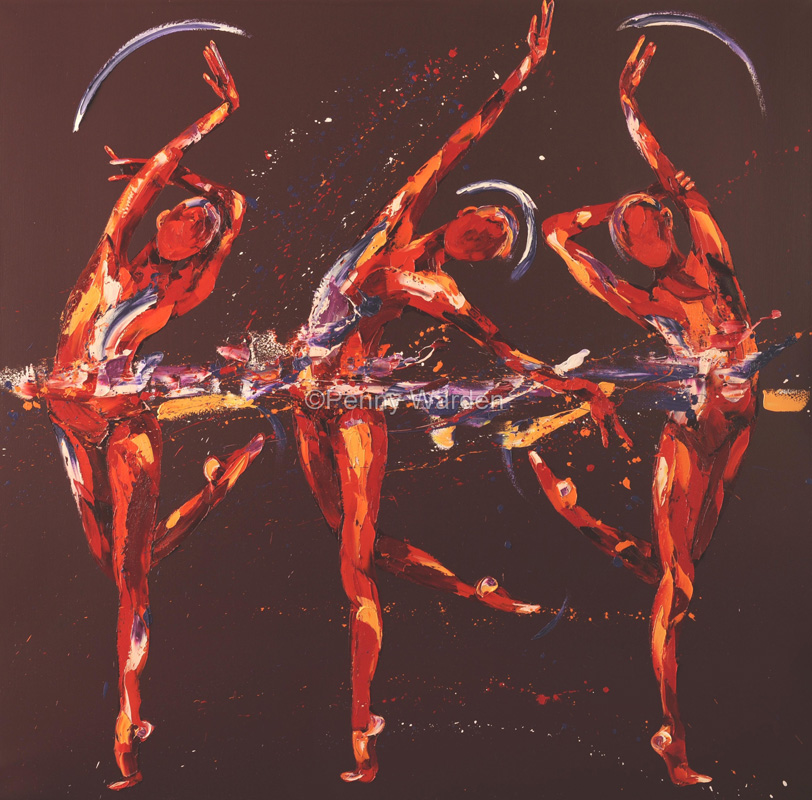 “Art nurtures us. It is so important we see visually what can’t be put into words.”

The penultimate painting is Found which Penny donated to Trinity. “It is of the transformed patient/relative uplifted and reconciled, perhaps, of what is happening to them,” explains Penny.

The final piece in the series Hope is of a dove symbolising peace and love.

Penny – who has a collection of fifteen life size paintings depicting the crucifixion of Christ adorning the walls at Blackburn Cathedral – says she is in no doubt that art can help terminally ill people.

However, the acquisition has caused a stir with some people saying they will no longer give money to the Hospice as donations shouldn’t be spent on art.

“People are actually giving money to that hospice in the good faith that it will be given for treatment and other things to make life easier,” said Gillian, a caller to the BBC Radio Lancashire’s Breakfast Show.

“I can’t see the justifications spending £50,000 unless it is going to be sold and spent on other treatments.”

Penny says the paintings are “a brilliant investment” and she is disappointed with the reaction. “People should go and view them before they criticise.”

Meanwhile, Trinity are standing by the decision to spend the charity funds on artwork saying spiritual wellbeing is as important as physical care.

“The Dance creates a therapeutic space and it is a fundamental part of the care of patients, carers and families here at Trinity Hospice,” says Jane Molyneux, Trinity’s Fundraising and Marketing Manager.

Read the article on BBC News

to a mysterious tune intoned in the distance

by an invisible player.”

You can dance anywhere, even if only in your heart. ~Author Unknown

"Dancers are the athletes of God." ~Albert Einstein